The creator of Facebook Mark Zuckerberg, Eduardo Saverin, Andrew McCollum, Dustin Moskovitz, and Chris Hughes. The Facebook website was launched on February 4, 2004. Facebook may be accessed by a large range of desktops, laptops, tablet computers, and smartphones over the Internet and mobile networks.

The website’s primary color is blue because Mark Zuckerberg is red-green colorblind, a realization that occurred after a test undertaken around 2007, he explained in 2010, “blue is the richest color for me, I can see all of blue.

Facebook Messenger is an instant messaging service and software application. Originally developed as Facebook Chat in 2008, the company revamped its messaging service in 2010, and subsequently released standalone iOS and Android apps in August 2011.

The like button first enabled on February 9, 2009, enables users to easily interact with status updates, comments, photos, links shared by friends, and advertisements.

On September 14, 2011, Facebook added the ability for users to provide a “Subscribe” button on their page, which allows users to subscribe to public postings by the user without needing to add him In December 2012, the Subscribe button would be re-labeled as a “Follow” button.

facebook Written in C++, PHP (as HHVM) and D language

Google+ launched in June 2011. it is an interest-based social network that is owned and operated by Google.

Post photos and status updates to the stream or interest-based communities, a multi-person instant messaging, text and video chat called Hangouts, events, location tagging, and the ability to edit and upload photos to private cloud-based albums.

YouTube is an American video-sharing website .the creater of youtube is Chad Hurley, Steve Chen, and Jawed Karim and they are paypal employees.the youtube is activated February 14, 2005 at 9:13 p.m. Google bought the site in November 2006 for US $1.65 billion; YouTube now operates as one of Google’s subsidiaries

YouTube earns advertising revenue from Google AdSense, a program which targets ads according to site content and audience. The vast majority of its videos are free to view, but there are exceptions, including subscription-based premium channels, film rentals

The first YouTube video, titled Me at the zoo, shows co-founder Jawed Karim at the San Diego Zoo. The video was uploaded on April 23, 2005, .they are more than 400 hours of content uploaded to YouTube each minute in February 2017.

Youtube develop in these language Java, Python, and proprietary JavaScript

It was created by Kevin Systrom and Mike Krieger and launched in October 2010 as a free mobile app exclusively for the iOS operating system. Instagram began development in San Francisco

Instagram is a mobile, desktop, and internet-based photo-sharing application and service that allows users to share pictures and videos either publicly or privately

Twitter was created in March 2006 by Jack Dorsey, Noah Glass, Biz Stone, and Evan Williams and launched in July of that year.

Twitter is an online news and social networking service where users post and interact with messages, “tweets”, restricted to 140 characters.

Wow, fantastic blog site framework! How much time do you think you’re blogs regarding? you have made blog glance simple. The main glimpse of this website is web design superb, much less this article product! Ther are 4 ways to link your aadhaar no to bank Aadhaar Linking through SBI Internet Banking portal If you are an internet banking user, then you can log into www.onlinesbi.com and access the link “Link your Aadhaar number” under “My Accounts”, appearing on the left panel of the screen. … 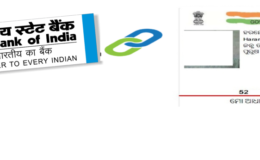